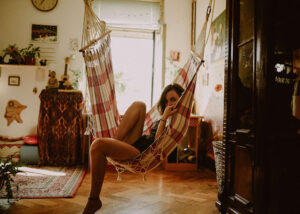 A recent study found that millennials are renting in larger numbers than ever before, but that they are not getting renter’s coverage even though it’s inexpensive through just about any NY insurance agency and can provide protection for their belongings.

Researchers also found that most (75%) of the people surveyed did not know they could obtain renter’s insurance for about the same monthly cost as a pair of movie tickets, and had therefore not purchased coverage for their possessions.

They concluded that there was a clear misconception among this group of young people about how important it is to have renter’s insurance and the true cost of coverage. Leaving belongings at risk when about $20 per month can buy adequate coverage is an unwise move.

Young people often live in properties with multiple units, and they may not always realize how high the risk of fires and other disasters are in these places.

Although property owners are responsible for repairs to the structure in the event of most disasters, they are not responsible for tenants’ belongings. It is up to the tenant to make sure their possessions are protected.

In their research, experts also found that about 40% of people without this coverage did not think it was necessary. Nearly 70% of all young adult apartment dwellers replied that the cost to replace all of their belongings would exceed $5,000. Those who had coverage said they bought policies because they wanted the peace of mind to know they were protected.

A plan that costs around $300 a year generally covers up to $50,000 worth of property. But most people won’t need that much coverage merely living in an apartment.

A policy that covers $15,000 to $20,000 worth of property should be enough for most millennials. Such policies can sometimes be had for less than $200 a year, or as little as $10 to $15 a month. (The average renter’s insurance premium cost about $187 in 2017, according to the Insurance Information Institute.)

Renter’s insurance in New York is quick and easy to buy, and millennials everywhere should make sure they always have it. To learn more about this type of coverage and how affordable it is, call us today.

NY Property Insurance Tips During and After a Remodel

NY Insurance Hub: Are You Protected From a Facebook Lawsuit?